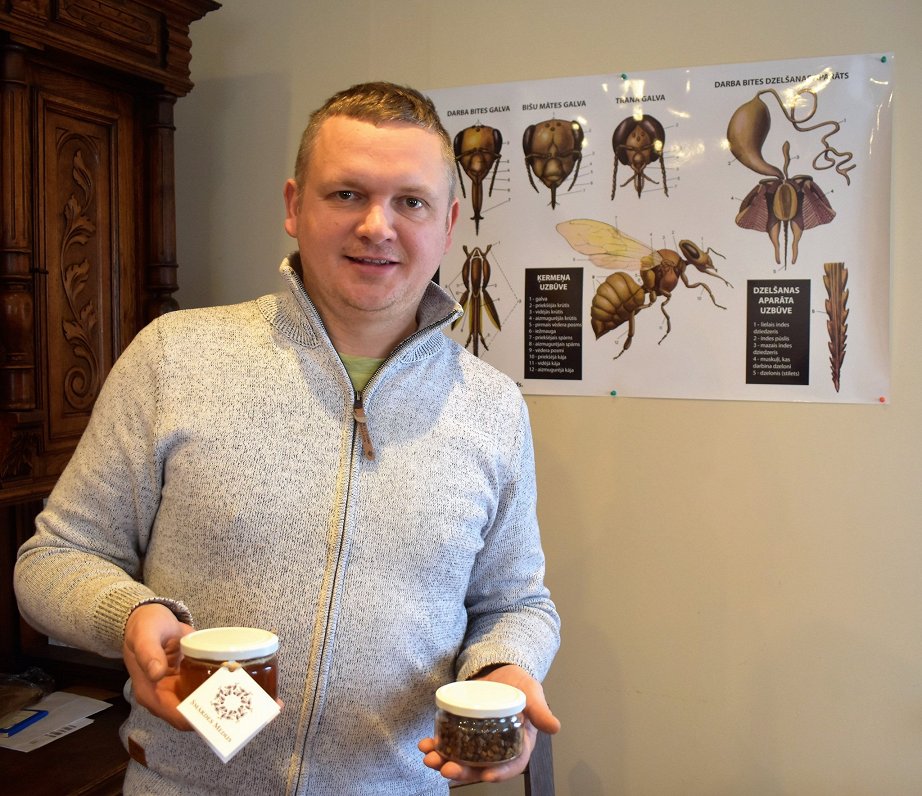 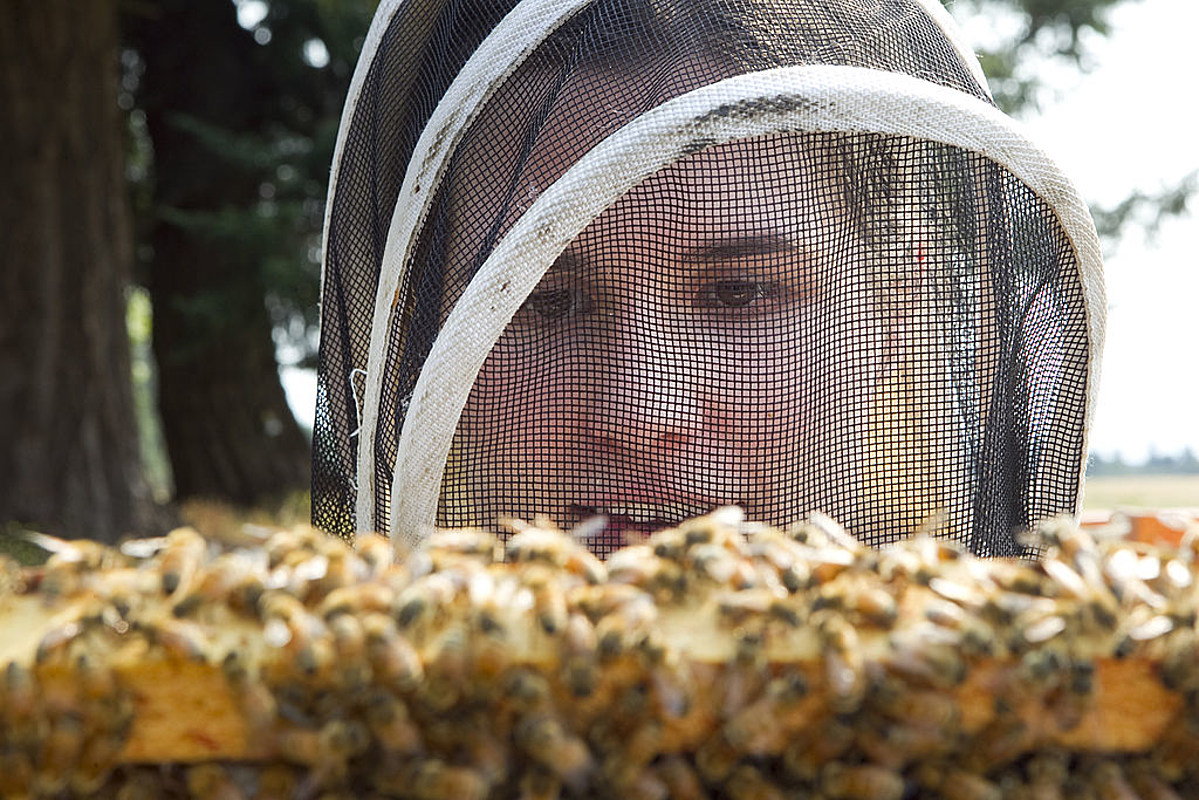 Everything is very calm on the bee front at this time of year.

It’s too cold for them to fly so we can’t see them. They are nestled inside their hives to keep warm.

The hive opened, revealing the group of bees inside.

They are insects and therefore cold blooded but they still need heat to function.

They solve this problem by huddling together in a mass; the colder it is outside, the tighter the group seems.

They generate heat by dislocating one of their two sets of wings and then making them vibrate like crazy. Temperatures in the cluster can reach up to 30 degrees centigrade.

They take turns outside so that all the bees have a chance to warm up. Thermal image of bees gathering in a beehive in cold weather. You can make out the straight edges of the hive, the cold outside (blue) and the warm spherical group of bees inside.

Bees are found on every continent except Antarctica. They are therefore well equipped to face any weather, even the coldest.

And they’ve been around for, it’s thought, over 100 million years. So whatever tactics they’ve devised to survive, it works for them.

Another subject. The question of fake honey is raised again. It is said to be one of the most frequently falsified products in the world. See Beekeeper Notes: November 2016, Honey On Show

According to the EU, one in five honey samples in 2018 had either added cheap, bulk sweeteners or been artificially dried. It is easy to do and difficult to detect.

The EU is now proposing to strengthen labeling to remove the vague “from EU countries and third countries”. I hope we will do the same.

Just as we know things are not right – for us or for the chicken – when chickens sell for as little as £ 3 a bird, we can be quite confident when honey is sold at a low price it is likely that there are shady transactions going on.

Buy local if you can and you’ll have a better chance of getting 100% honey instead of corn syrup. 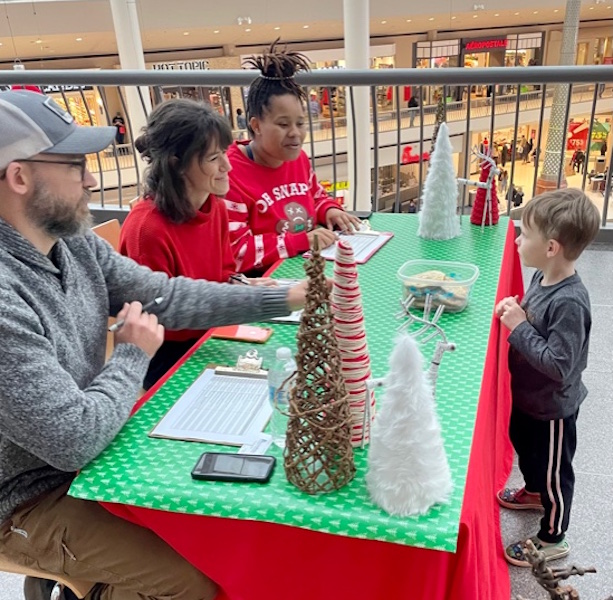